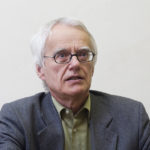 As frequently remarked, our field of scholarship in media management and economics is young. We have
left the toddler years behind us, but we are still in an early period of development. Working individually
and collaboratively we are making good progress, throughout Europe and around the world. We are contributing in the work that is necessary to lay a foundation of theory and education on which to build this field into a distinctive discipline. In recent years our membership has continued to grow and our community enjoys a goodly proportion of Ph.D. students and young faculty at the beginning of their academic careers.

At the same time, the founders of our field, respected colleagues who have been instrumental in the exciting but often difficult task of getting things started, are beginning to retire. And some have sadly passed on already. Although missing in our presence, they are remembered with appreciation for the influence  of their work and the benefits gained from their mentoring.

Since emma began in 2003 our Association  has demonstrated keen appreciation  for colleagues of foundational importance in establishing  this field. We have awarded Dr. Robert G. Picard, a scholar of towering stature. We have awarded Don Alfonso Nieto, the cornerstone figure in establishing this field in
Spain. We awarded Dr. Karl Erik Gustafsson, a scholar of equal stature and importance in establishing the field in Sweden. The recipient of the 2015 emma Award for Excellence is of equal significance in establishing the field in a country, indeed in contributing to its establishment in a region of Europe, that owes much to his work both as a fruitful scholar and as a devoted teacher and mentor. Beyond that, he has also been a courageous voice in criticizing governmental interference and advocating for an independent and pluralistic media  system in his home  country.

This  year’s recipient  has labored  under especially  difficult conditions.  As we all  know, media  systems in central and  Eastern Europe  were owned  and operated  by the State, or  by  agents and agencies aligned with their autocratic interests. And too many of them still are today. When the Iron Curtain collapsed in 1991 a period of exuberant hope ensued, but the reality that soon followed was sadly plagued with frustrations and fraught with complications. Much work and great patience is required to heal scarred societies and rebuild social systems that have been warped by decades of repression. Achieving a free and independent media system continues to be a difficult struggle in too many countries where governments interfere, politicians play games, and oligarchs resist reforms that are essential for transformation to happen.

Hungary is an especially important case. In the first flowering of independence there was great optimism and certainly much has been accomplished in a comparatively short time. There is continuing development and remarkable successes. But there have also been setbacks and disappointment. Among the greatest of these has been a retrenchment of state interference in Hungarian media and growing government intrusion of all types, in every sector, at many levels. Despite these difficulties and complications, Hungary
is the only country in the region with an institutional structure in higher education devoted to scholarly study and education in our field. This year’s emma Award recipient deserves a lion’s share of credit for that.

Our recipient began teaching media economics in 1993, just after independence. He created coursework at
Corvinus University of Budapest. He has taught numerous doctoral students and graduated them as Ph.Ds. He is the author of an English-language textbook entitled Media Economics that is now in its 5th
edition. And he has published dozens of articles in both Hungarian and international journals. And he has persistently spoken against government interference in the media, and consistently for robust independence.
This is an appropriate time to acknowledge such important work, significant contributions and the continuing influence of a colleague who can fairly be attributed the father of the field in Hungary.
Appropriately timed because our 2015 recipient will retire this summer. As Professor Emeritus, his students and all of us sincerely hope that he will continue to be fruitful and engaged, but above all that
he will be contented with the good work he has accomplished and able to enjoy the fruits of a well earned rest for many years to come. Ladies and gentlemen, colleagues and friends, on behalf of the European Media Management Association, I am honored to announce the 2015 recipient of the emma Award for Excellence:

Please join me in congratulating